When the Fan gives up the ghost 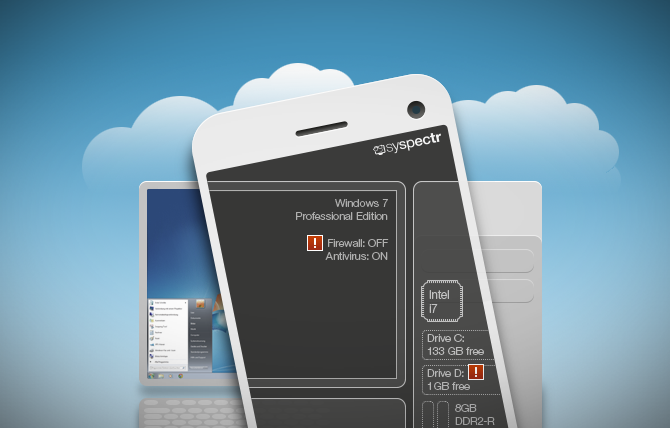 A Fan can generally only be described in two ways: either it’s on or it’s broken. When it’s on and working it cools the CPU or other components and you don’t give it any thought. You really only notice it when it’s broken, especially if this comes to your attention because a component it is meant to cool suddenly crashes. More often than not that component is the very heart of your PC – the CPU. And as we all know, without a CPU a computer cannot function at all.

O&O Syspectr addresses this problem with it’s new Hardware module, due for release shortly, which not only monitors and displays the temperature of the CPU but also the number of revolutions made by the installed Fan. Should this fall under a defined value O&O Syspectr informs in advance of an impending crash. This is particularly a danger in the summer when increased outside temperatures often prompt a barbecue situation within the PC housing too.

This applies to Server systems too of course, which have to deliver peak performance around-the-clock. When a server crashes the consequences are dramatic, especially for companies who lose huge amounts of time and money – all of which is avoidable. The Hardware module also provides a comprehensive overview of a system’s hardware which in turn allows for a quick and easy computer inventory to be carried out.

Availability: The new module will be made available in the Beta version to all current O&O Syspectr users during June, 2014. Every user will be able to add the module to their O&O Syspectr account.