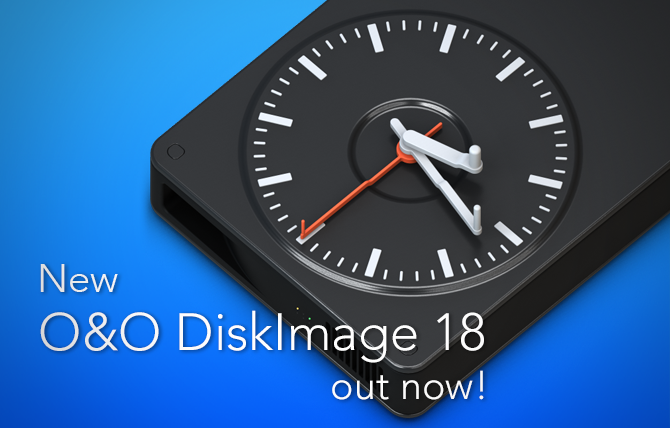 There’s an old saying from IT administrators: no backup, no sympathy. Today we release the new version 18 of O&O DiskImage!

The most important security software on your PC

A backup is the most important protection against data loss. With the new O&O DiskImage 18, a data backup of the entire computer, hard disks and partitions can be created even faster and more conveniently. Individual files and directories can also be easily backed up. The creation of a boot medium to start the PC in the event of a failure has been improved, as has the recovery to new hardware, which runs almost automatically.

This boot medium can also be used to create a 1:1 copy of a PC when it is switched off, without this PC being modified or O&O DiskImage having to be installed on it.

With its own Recovery Partition

Normally with a backup or imaging program you need to create a boot medium (USB) to boot up your system if something goes awry.

Thanks to the integration into the system, the O&O DiskImage RecoveryPartition can be accessed immediately so that the last system image can be restored directly. If the Windows operating system does not start or if faulty drivers have to be uninstalled – with the integrated recovery environment, all O&O tools are available to make the system operational again as easily as possible.

Our team has taken the engine beneath O&O DiskImage and thoroughly revamped it. It has led to much faster image, backup and restoration times. In addition, usage as been enhanced thanks to a more intuitive interplay between engine and UI.

We have once again enhanced the user interface of O&O DiskImage to meet the wishes of our customers. It’s now clearer, more intuitive, and easier to use. You will still find all the familiar functions – and many new ones. O&O DiskImage Pro makes it as easy as possible for you to protect your valuable data.

New features at a glance