O&O Defrag: Behind the scenes 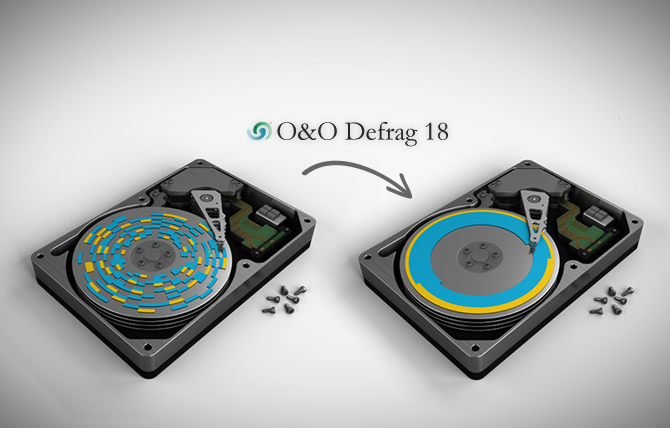 We are often asked what O&O Defrag actually does and how it increases system performance. I’d like to answer this question and more in this post.

Slips of paper in a shoe box

What does O&O Defrag actually do? This question is as old as the product itself. In 1998 when we released the first version of O&O Defrag this question cropped up. To best illustrate what fragmentation and defragmentation mean we made the comparison back then with a shoe box: the box is the hard disk and in that are found lots of slips of paper – the files. The file system (NTFS or FAT) have a primary purpose: to save the files as quickly as possible to the disk. They therefore simply toss the slips of paper into the box. And even worse: they tear them up beforehand to free up more space!

If you want to then read one of these files the file system has to locate all the separate pieces of paper and out them back together to form the original paper slip. It is to be expected that this process can be arduous and time consuming. The files are fragmented, i.e. split into pieces.

O&O Defrag sticks the paper back together and organizes it

This is where O&O Defrag comes in: it takes these pieces of paper, “sticks” them together to form the original slip and then organizes them in the shoe box. Upon request it will even organize them so that they can be located quicker. For the file system to read a file it must then only take the one paper slip out – done. That accelerates not only the read process but also the write process too as a new paper slip can be much easily filed into an organized box as a chaotic one.

Technically speaking, the files are saved to the disk in one piece so that when reading them the read/write heads in the disk only have to make one movement to locate and read the file. This is in stark contrast to the many movements required when a file is fragmented in pieces over the entire disk. And because these movements are mechanical, even the quickest of computers will be slowed down. This applied in 1998 and it still applies today.

A hugely beneficial “side effect” is the protection of the hard disk mechanics when files are defragmented. An example: a file is split by Windows into 10 fragments and is read once a day. Over a year that equates to 3650 movements of the read/write heads. If you however defragment this file, you get the following result: read 10 fragments, write 1 entire file and then read 1 entire file 365 times for the year = 376 movements in total. That’s just approximately 10% of the original movements required when the file was fragmented. You can imagine then how this reduces the mechanical wear and tear inside the hard disk and substantially increases its life expectancy.

In my next O&O Defrag post I’d like to explain how Solid State Drives (SSDs) work and how O&O Defrag also increases their performance.