For Windows 10, you need O&O DiskImage more than ever! 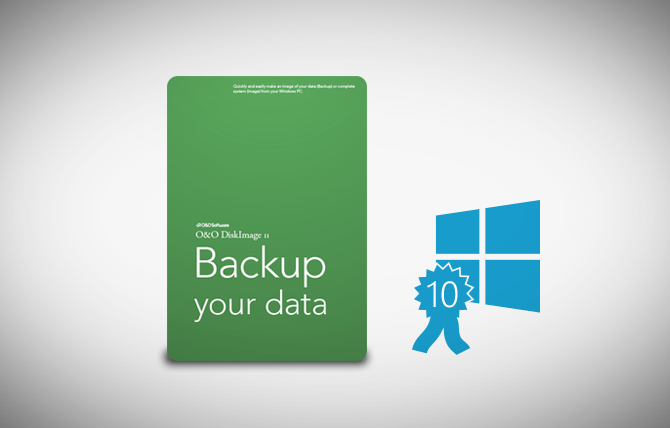 Windows 10 is now well established and one thing still stands out – read here how regular backups or system images are now more important than ever!

It goes without saying that regular backups of Windows systems and data files are crucial. Losing confidential private or business files is not only expensive but some files like photos and videos are irreplaceable. All that pain can be avoided if you have a backup.

Losing an operating system must not necessarily result in lost data but it will see the loss of settings and software licenses. It takes a lot of time and stress to get a system back to its previous state when this happens. Whereas a home user might be able to afford a couple of days of sweat, blood and tears, a company cannot. Having to dedicate an employee or team for two days would be hugely expensive.

Up until now it was relatively easy to protect yourself against this: simply make a backup of the entire PC (known as an “Image“) and restore it when trouble strikes. Modern backup and imaging programs such as O&O DiskImage also come with hardware independent restoration so that old systems can easily be restored onto newer, more modern hardware.

It was always irrelevant how old this system image was. It could be a few days, months or even years old, it didn’t matter. When you’d restored it you had to update some applications and let the Windows updates run through so you were up to speed, but otherwise all was good.

This is all over with the release of Windows 10. For the first time, Microsoft will now “force” users to install all important updates practically in real-time. These can be “postponed” for a maximum of 12 months, but no more. After that your device is in effect “out” of the Windows update loop – in other words, Microsoft says you missed the boat.

So if you try to restore an image that is older than 12 months, it can no longer be updated. As far as Microsoft is concerned, this PC was not connected to the net for 12 months and has literally been left behind. A harsh reality indeed.

What can be done? There is only one solution – make regular system images. This was always a good idea in the past, but with Windows 10 it is now a must. If anything happens to your PC and you need to restore a copy of it, the only way this can succeed is if your image is less than 12 months old. And that can only be achieved by regular images using a product such as O&O DiskImage.