Get Your Free Whitepaper On O&O BlueCon: Disaster Recovery In One Pack! 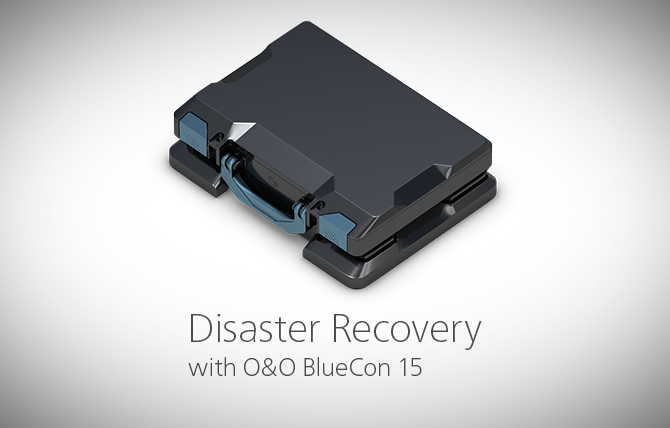 Neither hardware nor software providers like to hear it: disaster involving a computer being fully down, crashing, or no longer accessible still happens – and, unfortunately, not too rarely. The Ransomware attack from “Wanna Cry” infected more than 120,000 PCs within mere hours! O&O BlueCon 15 is a high-performance collection of comprehensive tools to get damaged Windows systems up and running again with no new installation required.

From deactivating faulty drivers to resetting user passwords and reconstructing deleted data, O&O BlueCon belongs to the standard tool box of any IT administrator. Various O&O products are included in the current version which can, for example, recover lost data (O&O DiskRecovery 12), securely delete confidential data (O&O SafeErase 12) or make a forensic image of a system (O&O DiskImage 12, available in the Plus Edition). The latest version supports Windows 10, Windows Server 2016, enables a network boot thanks to compatibility with Windows Deployment Services (PXE) and scripting over Windows 10 networks.

Our Whitepaper will explain why such situations not only put limitations on business operations but also contribute to higher costs. It will show how O&O BlueCon 14 can help those responsible for IT services resolve any such problems quickly, securely, and dependably.