Ransomware: The Danger From The Internet - How To Protect Yourself! 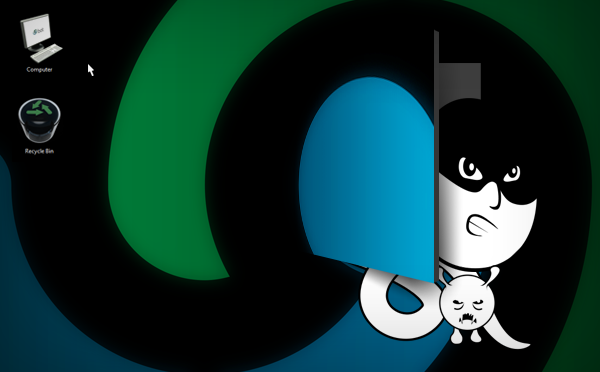 So-called Ransomware is one of the biggest threats on the internet today. As opposed to the “classic” Virus or simple Trojan, the effects are felt very directly – a user’s most important files or even all accessible hard disks and SSDs are encrypted and then literally taken for ransom.

The major attack from “Wanna Cry” infected more than 230,000 PCs within mere hours! Now, a new, potentially destructive ransomware called “Bad Rabbit” hit parts of Russia and Ukraine yesterday and spread across computer systems in Eastern Europe. The attack is similar to the Wanna Cry and Petya/NotPetya attacks that took place earlier this year.

Ransomware is a group of malicious software programs that infect a machine through email attachments or email links, often disguised as invoices or payment reminders, for example. Genuine websites or advertising banners are being used more and more too, so that an infection can occur just by opening a website.

According to a survey carried out by the German Federal Office for Information Security from 2016, a third of German companies were victims of Ransomware. Private users are also now being targeted by the organized criminals behind these attacks. The FBI has also issued warnings about such attacks.

What happens when a machine is infected?

The aim of the criminals spreading Ransomware is not to seize your computer to integrate into a botnet or to access your passwords. Ransomware takes your files or even your entire computer for ransom. Immediately after the infection it starts to encrypt certain files, usually personal files or company files such as pictures, contacts, Word and Excel documents or company databases. It then displays a window that cannot be clicked away warning of a forthcoming “blackmail letter”. The victim is prompted to click on a link where instructions are posted on how to pay the ransom, normally using anonymous payment methods such as Bitcoins or a payment card.

What should I do in the event of an infection?

The German Federal Office for Information Security advises not to respond to the ransom attempt: “Ransomware is, as its name suggests, blackmail carried out by organized criminals. We strongly advise you to take necessary precautions so that you can call upon them when attacked – do NOT pay” (Source: German Federal Office for Information Security: Ransomware – Threat status, prevention and response, 2016, German only). You should then immediately notify your local police station.

How can I protect myself against Ransomware?

You do not have to spoil the fun of being on your computer or device, but do bear in mind the security tips above. And above all: make regular backups of your computer. A system image, such as what O&O DiskImage 12 can create for you, is ideal in order to restore your previous PC condition after an infection and score a victory against the criminals!